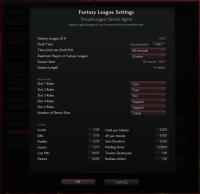 Fantasy Dota is a feature that lets players create their own team of professional players within a Fantasy League, and compete with other players in the league based on points earned by their team. Points are earned whenever a professional player participates in any Tournament match.

It is similar to Fantasy Baseball. 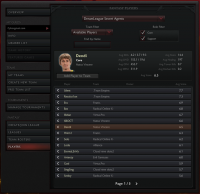 An example of a fantasy points scorechart.

Each professional player will earn a score based on their in-game performance. After each match, a team's score is the total sum of all its 5 active members.

Score values can be customized by the league commissioner.